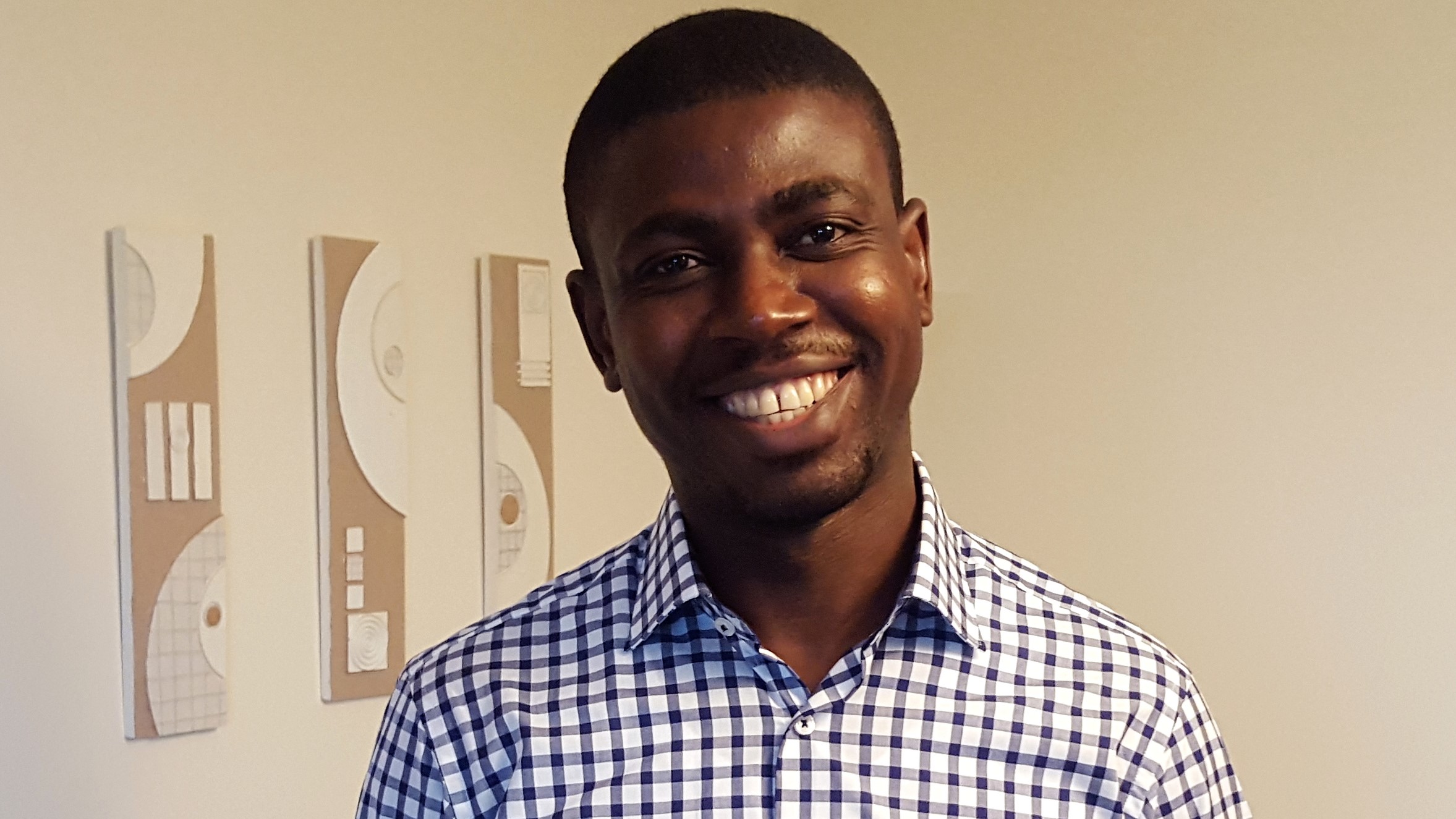 This reference architecture deployed on top of Amazon Web Services (AWS) is an end-to-end tech stack built using Infrastructure as Code (IaC). It is based on best practices described in Web Application Hosting in the AWS Cloud white paper and customers requirements that runs on highly available and scalable mode. 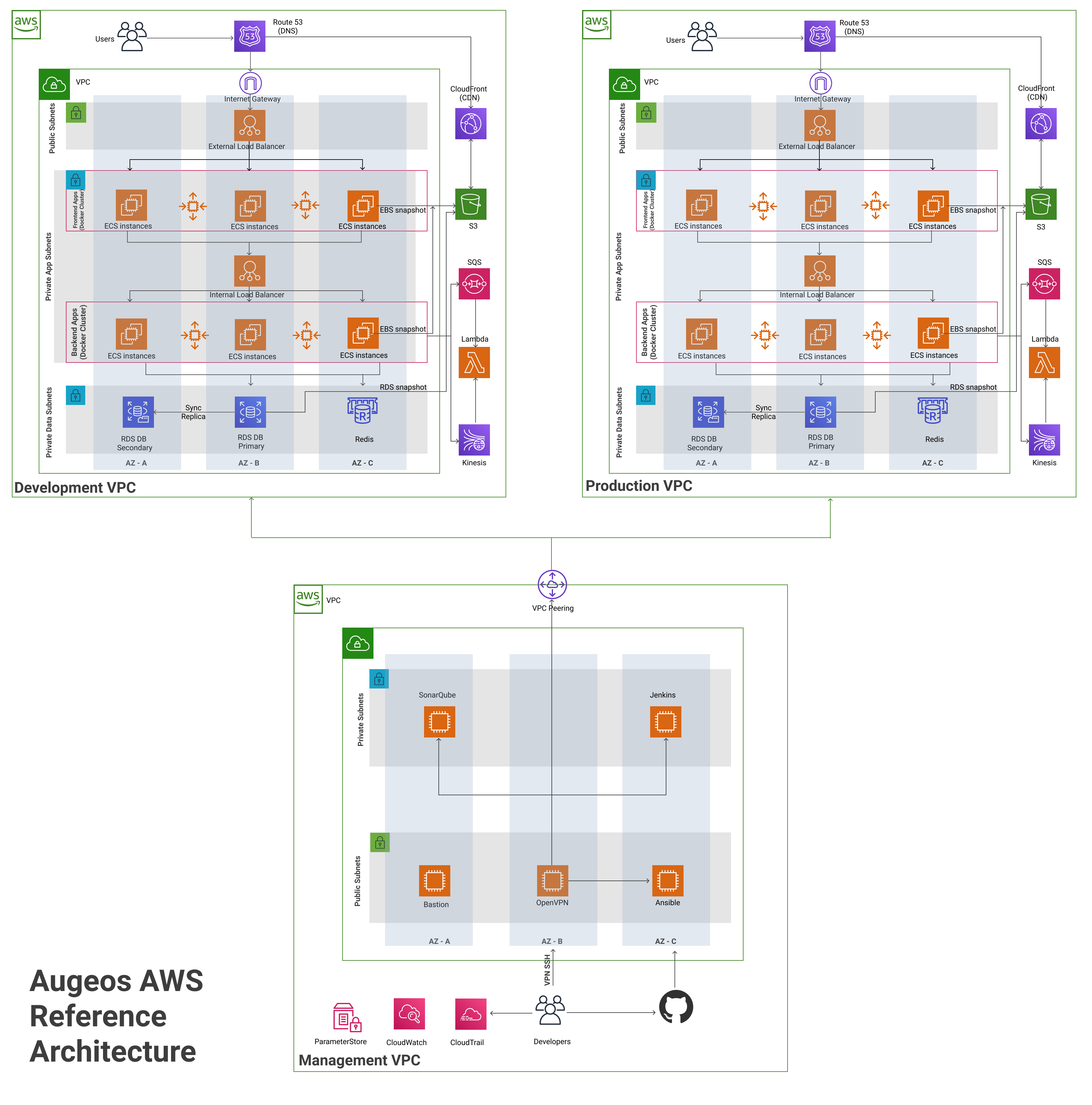 The Reference Architecture is highly customisable, so what’s deployed may be a bit different from what is in the diagram. Here is an overview of what is actually deployed:

The infrastructure is deployed across multiple environments:

Each environment lives in a separate Virtual Private Cloud (VPC), which is a logically isolated section within an AWS account. Each VPC defines a virtual network, with its own IP address space and rules for what can go in and out of that network. The IP addresses within each VPC are further divided into multiple subnets, where each subnet controls the routing for its IP address.

Just about everything in this infrastructure is deployed in private subnets to reduce the surface area to attackers. The only exceptions are load balancers and the OpenVPN server, both of which are described below.

Traffic from the public Internet (e.g., requests from your users) initially goes to a public load balancer, which proxies the traffic to the apps apis. This allows you to run multiple copies of application for scalability and high availability. The load balancers being used are:

We also deploy an internal load balancer in the private subnets. This load balancer is not accessible to the public. Instead, it’s used as a simple way to do service discovery: every backend service registers with the load balancer at a particular path, and all services know to send requests to this load balancer to talk to other services.

The application code is packaged into Docker containers and deployed across an Amazon EC2 Container Service (ECS) cluster. The advantage of Docker is that it allows you to package your code so that it runs exactly the same way in all environments (dev, stage, prod). The advantage of a Docker Cluster is that it makes it easy to deploy your Docker containers across a cluster of servers, making efficient use of wherever resources are available. Moreover, ECS can automatically scale your app up and down in response to load and redeploy containers that crashed.

For a quick intro to Docker, see Running microservices on AWS using Docker, Terraform, and ECS.

We have deployed several example Lambda functions to show how you can build serverless applications.

To reduce your surface area to attackers, just about all of the resources in this infrastructure run in private subnets, which are not accessible from the public Internet at all. To allow developers access to these private resources, we expose a single server publicly: an OpenVPN server. Once you connect to the server using a VPN client, you are “in the network”, and will be able to access the private resources (e.g., you will be able to SSH to your EC2 Instances).

We have set up CircleCi as a Continuous Integration (CI) server. After every commit, a CircleCi job runs your build, tests, packaging, and automated deployment steps.

You can find metrics, log files from all your servers, and subscribe to alert notifications using Amazon CloudWatch.

Amazon Route 53 is used to configure DNS entries for all your services. We have configured SSL/TLS certificates for domain names using Amazon’s Certificate Manager (ACM), which issues certificates that are free and renew automatically.

All static content (e.g., images, CSS, JS) is stored in Amazon S3 and served via the CloudFront CDN. This allows you to offload all the work of serving static content from your app server and reduces latency for your users.

Security best practices is built in every aspect of this infrastructure:

You May Also Enjoy

Notes from the book ‘Deep Work: Rules for Focused Success in a Distracted World’

Gaussian Processes from the Ground Up!

As a researcher, I have the habit of learning new and interesting things. Most times these things turn out to become very useful one way or the other. Recent...

Yay! I made it. It’s done. I have successfully defended my PhD thesis with minor corrections, supervised by Dr Prabhu Radhakrishna and examined by Emeritus P...

On my previous post A reflection on my PhD experience I stated that while waiting for my viva, I’m getting ready to start another phase of my career. I’m loo...